Learning to deal with grief as an adult

Update On January 15, my grandmother passed away peacefully in our family home in Xiamen, China. She was surrounded by her husband, her younger sister, her son and daughter, and grandson. While she was still lucid, in early December I was able to fly out to China and see her for a final time. Thank you to everyone who reached out to me after I published this post. The outpouring of support meant so much to me and my family – thank you.

I’m in a remarkably fortunate minority of people who have never had to deal with the loss of a close family member. I still have both parents, all my uncles and aunts and cousins, and all four grandparents. Plus, my mother remarried during my sophomore year of high school so I have a bonus set of step-grandparents, a stepfather, and step-cousins. The only familial loss that I’ve experienced is our three family cats quietly passing from old age-associated health problems.

I’ve certainly lost friends and acquaintances: suicides, car accidents, illnesses. But over the weekend I realised that, to me, coming to terms with the loss of a family member is always going to be processed differently than dealing with the loss of a friend, and I’m not sure I can explain why.

As a result of my incredibly privileged path so far, I’ve never developed the muscles for compartmentalising and coping with imminent, certain death. I learnt from my brother that our father’s mother was diagnosed with late-stage pancreatic cancer. She’s unlikely going to survive through the end of the year, but these things are hard to pin down, it could be anywhere between a few weeks to six months. I’m not sure if there is a right or wrong way to react, and I’m trying to figure out if and how adults are meant to box up their feelings so they can continue to function day-to-day. I’m also slowly learning that grief washes over you - it really does ebb and flow, and a few times a day, it will break.

The last time I saw my grandmother was October 2016. Right before I started my current job, I took a ten-day trip to China. I spent a week with my father’s side of the family in Xiamen, where his parents and younger brother lived. The last time I had been there was around 2001. In their tiny apartment in the city center, surrounded by neighbor-run shops and bakeries, it was as if time stood still. Their living room was still adorned with childhood pictures of all their grandchildren. They still drank the same brand of beer and baijiou as they always did. Their complex had a courtyard in the middle, and on the ground floor, the perimeter was lined with shops. I remembered one of the shops vividly because when I was twelve, my brother and I visited everyday during that visit to purchase two things: a set of fresh batteries for our Gameboys, and cream popsicles that tasted amazing but were marketed as “milk flavored”. The only thing that physically changed about the place was that in the entryway to the complex, there was a big parcel locker used for online shopping from JD, Alibaba, etc.

My father’s father probably has dementia, but I’m still not sure if it has been formally diagnosed. Despite (or maybe because of) his short-term memory loss, each day that I was in Xiamen, he greeted me every morning by asking who I was, then proceeded to smoke half a pack of cigarettes on the balcony. I pointed out to my father at one point that he probably had no idea how much he was smoking. My grandmother would eventually take the pack from him and hide it for the next day.

The few days that I was there were filled with an insane amount of food (as is custom when you visit family in China). On the first night, we went to a seafood restaurant that was famous for local specialties. I’m usually game for trying most things, but I could not bring myself to eat these “sea worms” – giant earthworms taken out of the sea which were pickled and jellied. The restaurant was also decorated with over-the-top furniture that belonged in a tacky Vegas strip hotel, complete with a bizarre patch of fake grass in the middle of the lobby that looked like it was going to be a mini golf course, then someone had second thoughts, but left all the fake foliage in place. 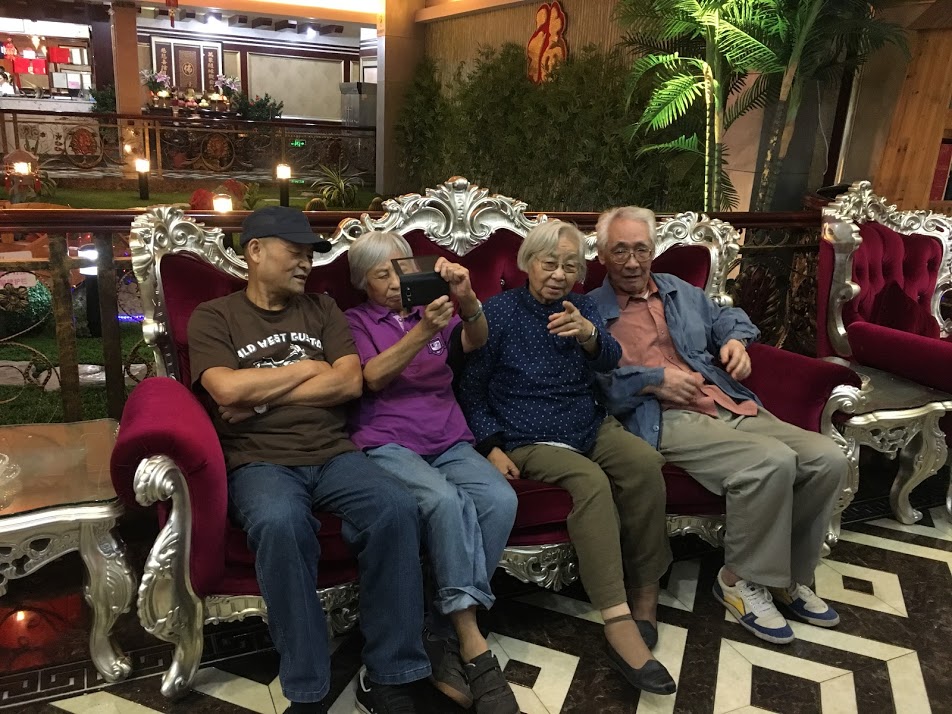 My grandmother has been in pretty poor health ever since I can remember her. In her 50s and 60s, she had high blood pressure, which was probably not helped by her appetite for fatty meat: her favorite way to eat braised Chinese layered pork belly (like this) was to eat around the actual protein. She also had a few different heart conditions in her 70s. I think many in the family suspected that, of all the four grandparents, she would likely be the first to go, and probably from some cardiac-related issue. Then, suddenly, as if in time for her husband’s mental wellbeing to decline, her physical health started to improve. It’s weird to me to think that pancreatic cancer will be what takes her. My heart aches to think that her journey will be a heavily-medicated, painful, restless one.

In some parts of China, it’s considered good luck to eat dumplings on the day you depart for a trip. So on my final morning in Xiamen, the entire family was enlisted in a dumpling-making session: my grandfather was put in charge of dividing the dough into small portions, my cousin and my father rolled the dough into wrappers, and my grandmother, my cousin’s wife, and I filled each wrapper with pork mixed with greens and scallions. We probably made over two hundred dumplings. My cousin’s wife instructed everyone to learn how to seal the wrappers by copying my grandmother’s example, to which my grandmother shrugged and said, “I don’t know what I’m doing, I just made up this technique.” 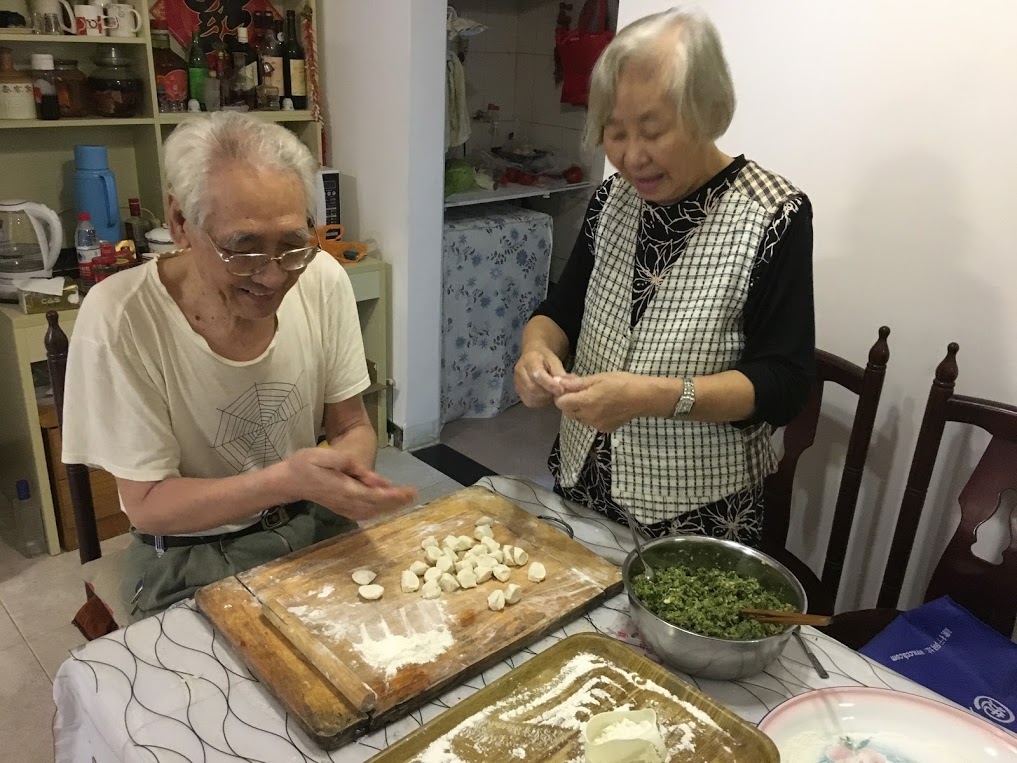 My cousin helped me carry my bag to the taxi when it pulled up, and my grandmother insisted on walking to the curb with me, with my grandfather in tow. As I got into the taxi, my grandmother reached for my hand through the open window and started to cry. The taxi driver waited for us to say goodbye. I used that time to ask my grandmother not to cry, or I would start crying. It didn’t work. We both started openly crying. I got out of the taxi and gave her one final hug, resolving to try to make it back to China again soon.

As of this writing, she’s still in the hospital, and my father has arrived in Xiamen to help take her home to begin palliative care. I hope I can make it out there in time to say goodbye.